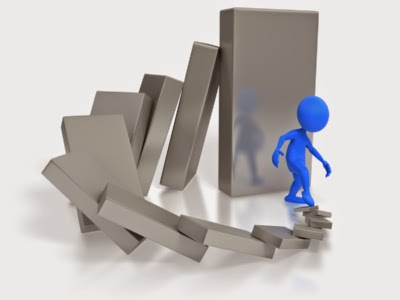 
Many years ago, a friend I will call Ingrid, was experiencing a series of unwanted problems with a used car she had recently purchased. Ingrid called me and asked, “Steven, what I am doing to attract these problems into my life?” “Attract?” I questioned. “What makes you think you attracted those issues to you? Couldn’t there be another explanation?”

The reason I questioned Ingrid about the idea of “attracting” problems, is because I am not convinced we have the power to do that—to literally attract into our lives what we truly do not want to experience . . . even if we are giving that experience a great deal of focused attention and emotional energy.

I certainly believe we have the power to attract what we do desire, by attracting the people, events, and circumstances that lead us to what we want. It is a power that emanates from the very core of our being, where our Creative Divine Spirit resides. And coming from a place of divine love and pure goodness, it is a power that draws to us only that which is inherently beneficial.

Of course, we don’t always recognize what is beneficial for us. In many instances, what is occurring may look like something we don’t desire, but deep down inside—at the level of our Spirit—we actually do desire it, and so we attracted that circumstance to us. An example would be a difficult challenge that will help us grow or mature in a much-needed way, or will help remind us of what is really important in life.

But what about a situation that is undesirable at every level—even the level of our Spirit? Do we have the power to literally attract something into our lives that is not helpful, or even harmful?

Based on my own personal experiences and observations, I question that. I believe there are other reasons unwanted situations show up in our lives. And one of the key reasons—the one I want to focus on for the rest of this message—is this one: Undesirable situations are often the direct or indirect consequence of a choice we made.

The way I see it, an unguided or misguided choice doesn’t have the power to attract anything. But it can certainly have an undesirable consequence. Sometimes that consequence is minor. Sometimes it is more troublesome. And sometimes, that consequence is so far removed from the original choice that fostered it, it is hard to see any cause and effect relationship between the two at all. If examined closely enough, however, that relationship can sometimes be discovered . . . which is exactly what happened in Ingrid’s case.

Ingrid told me that the issues with her car began with several tires going flat all at once, followed by some unusual mechanical breakdowns that eventually culminated in a fire igniting beneath her engine. I asked Ingrid to tell me some more details, so I could help her determine if there was an explanation for why she was experiencing these problems—other than the power of attraction.

It didn’t take long to arrive at an explanation for the issue of the flat tires. Ingrid told me she always parked her car right in front of her apartment. One morning she discovered that three of the four tires were flat. That’s something a single spare can’t remedy. So she had her car towed to a nearby service center to have the flats fixed or the tires replaced. She was surprised when the service center called and said they couldn’t find anything wrong with her tires. They simply refilled them with air, and the car was ready to be picked up.

Ingrid was puzzled by this experience. But as we talked, I soon found out that the day before her tires went flat, Ingrid had angrily chased some young boys away from her front door, because they kept messing up her outdoor plants and decorations. Isn’t it possible—plausible even—that the boys let the air out of Ingrid’s tires in retaliation?

If that was in fact the case, does that mean Ingrid should have handled the situation with the boys differently? Probably. But I’m not about to judge Ingrid’s decisions or actions. I’m just pointing out that certain choices—no matter how understandable—can have undesirable consequences. And those consequences are more about cause and effect than attraction.

But what about Ingrid’s other car problems? How could her choices have anything to do with the unusual mechanical failures she was experiencing?

The mystery began to unravel when I discovered Ingrid had purchased her car with over 100,000 miles already on it. “Ingrid,” I said, “of course you are experiencing mechanical failures! That’s to be expected with a car that has been driven that many miles!”

But it was my follow-up questions that got to the real heart of the matter. “Ingrid,” I asked, “why did you buy such an old car? Were you unable to afford a new one?” Ingrid’s answer was very telling. “I never considered buying a new car,” Ingrid revealed, “because I never thought I deserved one.”

And there it was—a decision Ingrid made a long time ago about her worthiness . . . a decision that was not in alignment with her innate worth as a beloved child of The Divine. It was a decision that influenced every choice she made. And sometimes those choices had consequences that seemed to come out of the blue.

“Ingrid,” I quickly replied, “of course you deserve a new car! You are a precious and essential part of this Universe, and worthy of whatever it is you want to have, do, or be in life. If it’s not beyond your financial reach, I definitely support you in buying a brand new car.”

Well, I am happy to report that Ingrid did, indeed, buy a new car, and she was very happy with it—driving it problem-free for years and years. But even better, Ingrid began to more fully embrace her true worth, and started basing more of her choices on that new-found sense of deservedness.

So, you might be asking, what is the ultimate “moral” of this story? It is simply this: If an undesirable situation shows up in your life, don’t immediately jump to the conclusion you “attracted” it to you. Instead, perhaps it’s the unwanted consequence of a choice you made—no matter how understandable or well-meaning that choice might have been. Or, perhaps you are absolutely right. Perhaps you did attract that circumstance to you, because it is something your inner Spirit knew would be the best way for you to learn something important.

Either way, remember this: No matter what is occurring your life—or why it is there—every circumstance can be transformed by The Divine into a steppingstone to a higher good. Your job is just to remain open and receptive to the guidance of The Divine in all of its various forms, and follow that guidance wherever it may lead. Who knows, perhaps it was Ingrid’s inner Divine Spirit that inspired her to call me, to reveal and help heal something that had been limiting her life.

As I often say, everything is not good, but everything can be good . . . with the help of The Divine. And what a comfort that is.

Email ThisBlogThis!Share to TwitterShare to FacebookShare to Pinterest
Labels: cause and effect, choices and consequences, divine flow, flow